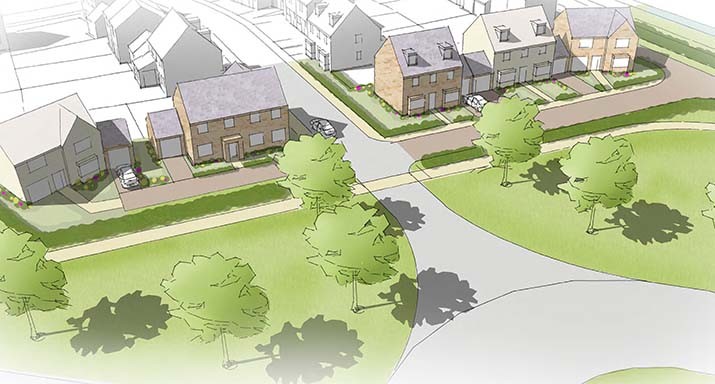 Plans have been submitted for over 431 new homes in North Yorkshire with two major developments proposed in the Selby area. Hodgson’s Gate Development have applied to build 270 new homes on land in Sherburn-in-Elmet, promising “a mix of housing types including starter and family homes to meet the needs of existing and future residents”.

The development would see homes built on fields adjacent to Hodgson’s Lane and include the construction of a new roundabout to the north of the site on the A162.

Outline plans have also been submitted to build 121 new homes in Hambleton, near Selby and to develop 17 new homes in Wolsey Avenue, Cawood. The owners of Villa Nursery in Riccall have also submitted plans to demolish several derelict horticultural buildings with an aim to build 23 new homes in their place.

There have been some objections from local residents who are worried that the proposed plans will bring increased strain on local amenities and increased traffic in the area. A previous application for the site at Cawood was initially refused for reasons including a lack of archaeological evaluation, which has been addressed with nothing of significance being found, and the site being on a flood plain.

Since then, developers Brian Scott Designs LLP have worked with officers at the council to redesign the plans and move housing away from areas at risk of flooding. In a report submitted with the plans the developer said: ‘The proposal makes best use of land inside of flood zone 1 without compromising the character of the locality or harming interests of acknowledged importance.’

The positives for ABi Garage Doors

As Yorkshires premier garage door specialists we currently work with a number of developers in the North Yorkshire area. We often support architects and construction projects to ensure that the aesthetics of the development are well balanced and in keeping with the surrounding area.

A garage door is usually a major part of the look and feel of a property and with the huge range of options and environmental credentials now available, garage doors are no longer an eyesore and can actually enhance the property. The high levels of security provided with modern garage door systems can also encourage home owners to leave their vehicles at home and use other means of transport which can reduce the strain on local traffic.

For more information on both manual and electric garage doors in the York and North Yorkshire region why not Contact a member of our friendly and dedicated sales team.

What are your views? Will you be affected by the proposed development plans? Is it good news for North Yorkshire or do you think it will cause disruption?

This site uses Akismet to reduce spam. Learn how your comment data is processed.